Ant Financial is not a financial company. It is a technology company with an Intelligent Platform. To reflect this, it recently changed its name to Ant Group.

Ant Group has succeeded because of the platform business model creating network effects, AI, and courage to leap into new domains.

Ant Group has 1,3 billion users for its Alipay payment service. It also offers wealth management, loans to businesses, and insurance. Recently, it started to provide its technology for other banks.

All of this has made it one of the most successful fintech companies. As a result, it’s planning a ‘monster’ 200 billion-dollar IPO.

Ant has succeeded with a simple recipe. It started with a narrow focus on a strong core. It removes friction from processes within the core. Thus, it helps its customers to do things better. In so doing, it has gained a critical mass for its services. And it has been able to leverage this mass in multiple ways.

Actually, it has created a new way of thinking about business.

Like Facebook, Amazon, and Tesla, Ant Group is transcending industry boundaries with its Intelligent Platform. Intelligent Platforms generate network effects and have an AI-powered learning loop. Besides, they leverage human intelligence for unexpected leaps expanding their offering.

For example, friends can easily split a bill with Alipay. They use the money transfer chat feature. Hence, if your friends use Alipay, it encourages you to use it as well. And if you join, it adds value to other users. Or the more merchants Alipay has, the more likely consumers download the app. And vice versa, the large user base attracts more merchants. 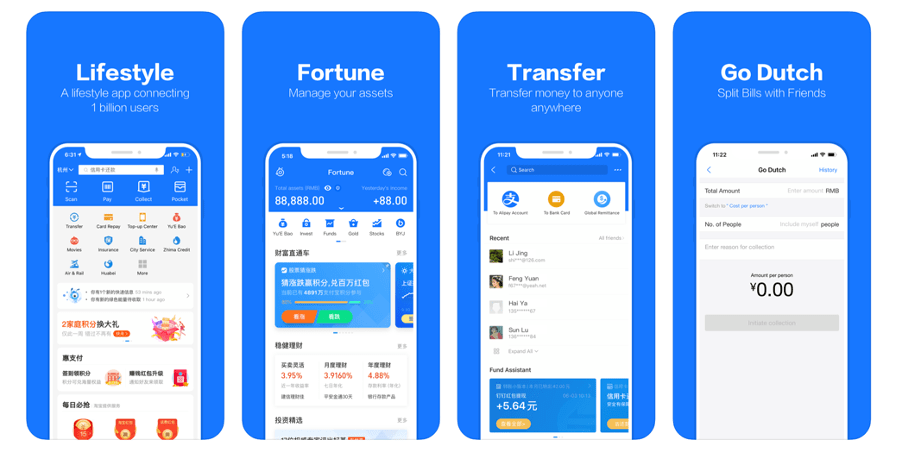 Kickstarting network effects is hard. It is a chicken-egg problem. Alibaba is Ant’s parent company. Initially, it launched Alipay as an escrow service for the Alibaba’s marketplace Taobao. Taobao already had a significant user base. Thus, critical mass was secured early on.

Ant has expanded its business with five simple but smart steps.

Alipay is the core service of Ant Group. As said, Alipay started as an escrow service for Alibaba’s marketplace. Alipay withheld the money until a buyer received the purchased goods. Thus, it improved the trust within the seller and the buyer. Lack of confidence created friction in the market, which Alipay removed.

Similarly, there was high friction in off-line commerce in China. The credit card system was not as developed as in western countries. To remove this friction, Ant introduced Alipay QR code payments. Thus, consumers paid by scanning a QR code provided by the merchant.

Ant Group has continued to identify high friction services and focused on helping the customers.

To create strong network effects, a service should achieve high engagement and usage. A large number of unengaged customers won’t cut it.

Often companies start to expand their core service too fast. They pile new features that confuse the customer. And thus fail to build engagement before scaling.

Alipay created simple core interactions. First, it was settling payments between buyers and shoppers. Then, it created QR code payments. Thus, it secured a critical mass for its on-line payment platform. After that, it expanded the offering to related financial services like Ant Credit Pay, Ant Cash Now, and Ant Fortune.

And to create strong network effects, all of these services are part of the Alipay app. Like the spare cash management platform within the Alipay app. Or when an Ant Health Plan participant makes a claim, supporting evidence must be submitted via the Alipay app.

Step 3: Learn faster than the competition with AI

Intelligent Platforms have an AI-powered learning loop. It improves their value creation and efficiency in new domains. Leveraging their platform skills, they enter new industries. With the help of AI, they “run” faster than the incumbents or other entrants. Thus, they deliver more value than others.

Alipay captures the data on how consumers use the app. This data trains its AI to create a more personal experience.  It also lets merchants know where users are. And hence the merchants can notify Alipay users of nearby services, with deals and coupons.

Thus, AI enhances the current service. In addition, it provides insights into what people would like to do with it. And what services Ant Financial could deliver going forward.

With its 1,3 billion users, hardly any company has access to the same amount of data. Therefore, Alipay learns faster than others. It attracts more customers and leaves competitors behind.

Ant Group leverages AI for many use cases

Ant Group has developed refined skills in AI. It uses machine learning, computer vision, and natural language processing. It applies them to many use cases. As these use cases scale up, they amplify Ant’s skills to predict and decide.

To build a learning loop, you need to eliminate silos. Therefore, Ant developed a unified digital core. With it, AI can analyze large amounts of data from various sources. This prevents fraud in cashing loans or buying medical insurance with hidden diseases.

Ant has an AI-powered risk engine AlphaRisk. It offers real-time risk detection and management. Hence, it analyzes fraud attempts and patterns. Based on them, it adjusts risk profiles and takes actions on the fly. Furthermore, it uses advanced AI techniques like anomaly detection. Using them, it detects new fraud patterns and intervenes.

Ant Insurance processes car insurance claims with the help of computer vision-basedAI. You take a photo and file an insurance claim through Alipay. The AI-based system uses an image recognition system that will analyze the case and processes it accordingly.

The more data it processes, the better it gets.  New data continuously trains the AI. The human-machine collaboration further amplifies AI’s capabilities. If AI does not recognize a defect, a human will process it. After that, the system feeds data back to the AI system.

Step 4: Evolve the platform by assembling new capabilities to satisfy your customers

Platforms by definition help different parties to interact. As platforms evolve, they assemble rapidly new capabilities by adding “sides.” For example, Alipay started as a two-sided platform. It connected buyers and sellers in the Taobao marketplace.

Then it connected consumers and merchants and banks through a payment system. In Alipay, the user’s account is connected to a bank account. Hence, the user can transfer money or deposit money into the Alipay account. Therefore, the more banks Alipay links to its platform, the more valuable it is to both merchants and consumers.

The loan service made the platform even more attractive for banks. It expanded their market access. So, they could serve a much larger number of SMEs.

Step 5: Open up the platform and turn competitors into partners

First, Ant honed its technology with its own financial services. Then, it offered banking services through its cloud to banks. For example, Ant helped the Bank of Nanjing build a cloud-based finance arm. Among other services, it provides insurance and lending.

It also launched a Software-as-a-Service (SaaS) version of its technology product OceanBase. It is a financial-grade distributed relational database that has been a critical computing infrastructure for Alipay since 2010.

Over 100 banks, 60 insurers, and 40 wealth management companies and security brokerages use Ant Group’s cloud services. It aims to work with 1,000 banks by the end of 2020. In effect, this would be about a quarter of the banking institutions in China.

Ant Group expects more than half of its revenue to come from technology services in 2020.

Ant Group has pushed aggressively its technology to foreign markets. It has made several investments to accelerate adoption of its technology. For example,

First, Ant established a strong foundation in one vertical, financial services. After that, it expanded into new industry domains. Alipay builds a “one-stop digital lifestyle platform” that connects 40 million service providers with its users. For example, grocery-delivery companies, hotels, and transportation providers

Ant taps into every single aspect of our lives through a single app, a Super App. You already signed into everything and payment information is readily stored. Therefore, the app provides seamless access to all services. Hence, there is no need to reinput any info.

The leading companies are thinking about strategy in a new way. It’s not about choosing an optimal position and sticking to it. Instead, it is about transcending industry boundaries in novel ways. Paradoxically, such transcending starts from a narrow focus. Focus builds a strong core that can be leveraged in multiple ways. Ant Group used the following five steps:

PrevPreviousHow one of the world largest elevator companies leveraged APIs to build an ecosystem
NextTo transform your business, act like childrenNext 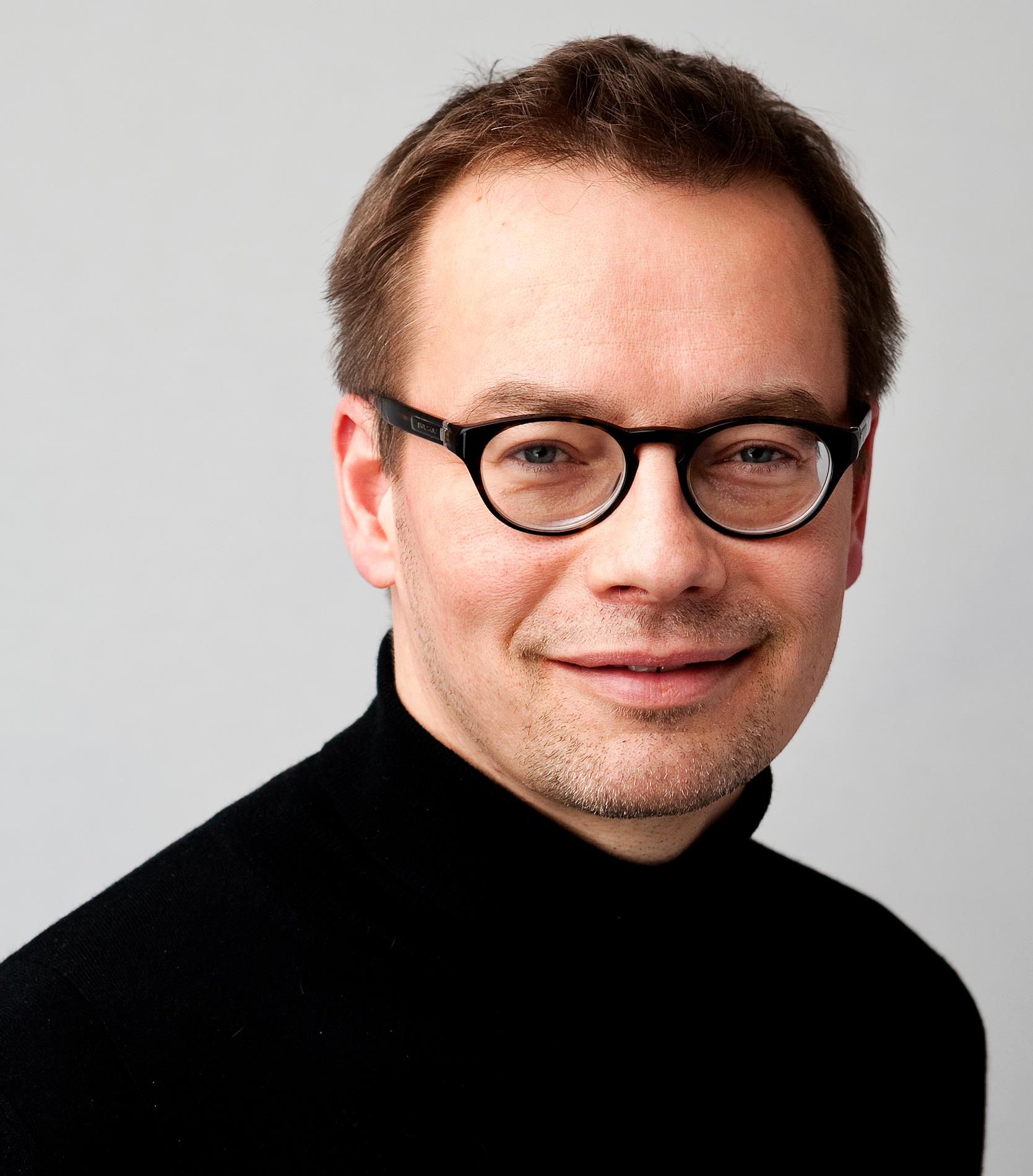 Dr. Tero Ojanperä has deep expertise in global technology business. At Nokia, he served as EVP of Internet Services, CTO, Chief Strategy Officer, and Head of Research, and was a member of the Group Executive Board. Currently, Tero is Executive Chairman and Co-founder of Silo.AI, the largest private AI lab in the Nordics. Tero is also Chairman and Co-founder of Visionplus Venture Fund. He has served on several boards in private and publicly listed companies, as well as non-profits. With a PhD in Electrical Engineering, Tero was listed as Fast Company’s seventh most creative person in business in 2009, and was nominated as a Young Global Leader by the World Economic Forum in 2006.
All Posts

Sign up to our newsletter and get a free copy of our “Simple guide on how to start your business transformation” -manual!